Dr. John Sotos, a cardiologist and worldwide medical director at Intel, thinks mobile health is the key to defeating what he calls “the worst disease in the world”.

What makes it appalling is that hypertension is responsible for so much death, Sotos said, is that it’s eminently treatable.

“There’s a paradox here,” Sotos said. “We’ve seen the toll hypertension takes on the world, but it’s easily diagnosed, easily treated, inexpensive to treat – pennies a day – and the treatment is overwhelmingly effective. But in the United States, only 40 percent of people are diagnosed and of those that are treated only 50 to 80 percent adhere to their treatment.”

Sotos thinks the problem with the extant “personal health” solutions is they require too much participation from the patient.

“What if we make it impersonal?” he said. “I mean, what if we put out sensor technology where there’s no personal responsibility needed? And I’m thinking here of an implantable blood pressure sensor. The idea here is you’d get continuous data to a smartphone and then it goes into the cloud or wherever. This kind of implanted data collection has a long history in cardiology with pacemakers and defibrillators, but of course, those are very expensive devices and they’re somewhat difficult to implant. The research needs to produce a simpler, easier device. If we had a sensor like that you’d find the treatment of hypertension would change, and you’d find enormous improvement in healthcare worldwide.”

In his 10-minute talk, Sotos didn’t indicate whether researchers were working on such a device at Intel. Although not implantable, at least two companies are working on continuous blood pressure monitors that could help prevent complications from patients with hypertension: Cambridge, Massachusetts-based Quanttus and Plano, Texas-based Sensogram. 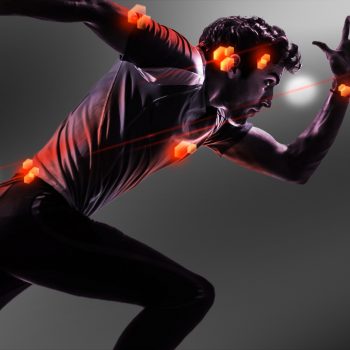